skip to main | skip to sidebar

Only Bad Catholics Go To Heaven 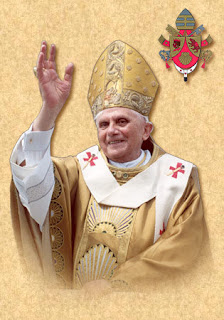 The recent resignation of the current Pope has brought Roman Catholicism into the global spotlight right now. One of the unfortunate things to come out of situations like this is that the unbelieving world often looks to the Roman Pontiff as the global ambassador for Christianity, but the reality is that nothing could be further from the truth!

One of my classmates recently said to me that "all roads lead to Rome... except for the one that goes to heaven." A true study of history will reveal that the Church of Rome grew out of a continual slide into apostasy over many centuries (I recommend the book "The Church of Rome at the Bar of History"). The Reformation of the 1500s was a necessary recovery of the Gospel of justification by grace alone through faith alone in Jesus Christ alone. The differences between biblical Christianity and Roman Catholicism remain as stark as they ever have. So what are the vital differences? There are many, but for the sake of space I will point out some of the major ones.

Before I continue I must state two disclaimers. First, when I use the word "Catholic" I am referring to the Roman Catholic religion, not to be confused with "catholic" when used in it's universal sense such as "catholic church" when it means universal church. Secondly, this article does not suggest that every person attending a Catholic congregation is not a Christian. I believe there are true Christians attending Catholic churches - but this is in spite of, not by virtue of, true Catholic doctrine. Hence the title "Only Bad Catholics go to Heaven" because, as you will see, the only way someone could find true salvation in a Roman Catholic church is by seriously violating their own belief system. (I must thank Matt Slick at CARM [Christian Apologetics Resource Ministry] for much of this information). 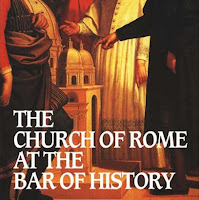 For by grace you have been saved athrough faith. And this is not your own doing; it is the gift of God, not a result of works, so that no one may boast. (Ephesians 2:8-9)

If any one saith, that by faith alone the impious is justified; in such wise as to mean, that nothing else is required to co-operate in order to the obtaining the grace of Justification, and that it is not in any way necessary, that he be prepared and disposed by the movement of his own will; let him be anathema (Council of Trent, Canons on Justification, Canon 9).

Catholicism teaches that certain things must be done by people in order to be justified and to keep that justification. Of these acts, baptism is the first requirement. Consider these quotes:

Baptism is the first and chief sacrament of forgiveness of sins because it unites us with Christ, who died for our sins and rose for our justification, so that we too might walk in newness of life (Catechism of the Catholic Church, par. 977).

Justification has been merited for us by the Passion of Christ. It is granted to us through Baptism. It conforms us to the righteousness of God, who justifies us. It has for its goal the glory of God and of Christ, and the gift of eternal life. It is the most excellent work of God's mercy (CCC, par. 2020).

We can therefore hope in the glory of heaven promised by God to those who love him and do his will. In every circumstance, each one of us should hope, with the grace of God, to persevere to the end and to obtain the joy of heaven, as God' eternal reward for the good works accomplished with the grace of Christ (CCC, par. 1821).

The above quote clearly states that heaven is the eternal reward for the good works accomplished with the grace of Christ. Catholic theology asserts that works are a predecessor to justification in direct contradiction to God's Word which states that a man is justified by faith without the deeds of the law (Rom. 3:28).

Moved by the Holy Spirit and by charity, we can then merit for ourselves and for others the graces needed for our sanctification.

How does anyone merit for himself the undeserved kindness of God's grace? Grace is by definition unmerited favor. This is an utterly false teaching. So how does the Catholic church get around this apparent dilemma that grace is unmerited but it is obtained through our merits? It states:

Sanctifying grace is the gratuitous gift of his life that God makes to us; it is infused by the Holy Spirit into the soul to heal it of sin and to sanctify (CCC, par. 2023).

This is the crux of the problem. Roman Catholic theology asserts that God's grace is granted through baptism and infused into a person by the Holy Spirit. This then enables him or her to do good works which then are rewarded with heaven. Basically, this is no different from the theology of the cults which maintain that justification is by grace through faith and your works, whether it be baptism, going to the true church, keeping certain laws, receiving the sacraments, or anything else you are required to do.

Because the Catholic view of justification is a cooperative effort between God and man, this justification can be lost by man's failure to maintain sufficient grace through meritorious works. Roman Catholicism teaches that works are necessary for attainment of justification. According to Catholic theology, penance is a sacrament where a person, through a Catholic priest (CCC, par. 987), receives forgiveness of the sins committed after baptism. The penitent person must confess his sins to a priest. The priest pronounces absolution and imposes acts of penance to be performed.

Christ instituted the sacrament of Penance for all sinful members of his Church: above all for those who, since Baptism, have fallen into grave sin, and have thus lost their baptismal grace and wounded ecclesial communion. It is to them that the sacrament of Penance offers a new possibility to convert and to recover the grace of justification. The Fathers of the Church present this sacrament as the second plank (of salvation) after the shipwreck which is the loss of grace (CCC, par. 1446).

Acts of penance vary, but some of them are prayer, saying the rosary, reading the Scripture, saying a number of Our Father or Hail Mary prayers, doing good works, fasting, and other such things. Is it by doing these acts of penance that the Catholic is able to regain his justified state before God? In essence it is earning one's salvation. Think about it. If you do not have it and you get it by saying prayers, fasting, and/or doing good works, then you are guilty of works righteousness salvation, which is condemned by the Bible.

What is even more frightening is that this post only scratches the surface of this wicked works righteous system. We could also discuss the Catholic denial of Jesus as our only mediator between God and man (contrary to 1 Timothy 2:5) by teaching people to pray to Mary as their mediator. Then there is also the issue of the blasphemous Catholic teaching that during every mass the priest has the power to call Jesus Christ down to die on the cross again (contrary to Hebrews 7:27). On and on it goes. Only bad Catholics can go to heaven because the only way for a Catholic to find true salvation is by completely ignoring the teaching of a religious system that has no saving power and trusting the Bible instead.

Are you ready for judgment day?

What Do I Believe?