skip to main | skip to sidebar

The Relationship Between Infallibility And Authority 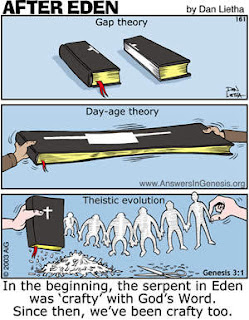 Peter said that Scripture is “more sure” than hearing God speaking audibly to us from heaven (2 Peter 1:19) – which is something Peter experienced on the mount of transfiguration (Matthew 17:5). The Psalmist states that God has exalted His word above all things (Psalm 138:2). When Jesus spent forty days in the wilderness under severe temptation from Satan, He responded to each accusation with the initial words “it is written” (Matthew 4:1-11). Here we see God incarnate making His appeal to the authority Holy Scripture. The fact of the matter is that the Bible is authoritative, and this is the obvious consequence of its infallibility.
Posted by Cameron Buettel 1 comment:

The False Religion Of Guy Sebastian

The recent sad article on the faith of Australian pop star Guy Sebastian has served to bring back the pathetic memories I have of Australian churches (especially charismatic ones) desperately trying to gain some sort of "street cred" through "christianizing" someone famous. If some rock star or famous sportsman gives the slightest hint of any sort of spirituality there is a bandwagon of church leaders ready to claim him as their own. I know this is not exclusive to Australia, but as an Aussie I can readily recount the continuous stream of embarrassing outcomes that have occurred because of this. I am just one of many bearing the scars of this practice when, as a young and impressionable Christian, went through the trauma of seeing some of these "christian celebrities" living in blatant unrepentant sin without having a shred of Christian testimony.

If you think I am trying to take some high moral ground here, think again! I take my issue here not with those popular and famous people who acknowledge Jesus with their lips and deny Him by their lifestyle (Matthew 25:31-46, 1 John 3:4-10), but with those pastors and church leaders who seem to think that the test of someone's Christianity is whether they call themselves a Christian. Worse than that, it has now descended to the point where talking about God or some "higher power"is enough to enter through the narrow gate.

I have seen the cavalcade of stars welcomed into the fold and thrust into the limelight as role models for under-achieving Christians and pagans who think we are not as cool as they are. Australian names like Tommy Emmanuel, Rebecca Gibney, Rick Price, Jason Stevens, Darren Beadman, and now Guy Sebastian readily spring to mind though there are many others. Globally, I have been told of the "strong Christianity" of Bono, Whitney Houston, Stevie Wonder, Bob Dylan, Mariah Carey etc. etc.

Am I suggesting that all celebrities who claim to be Christians are false? Absolutely not! In fact, I have a good personal friend who happens to be a celebrity and has also shown himself over many years to bear the authentic fruit of genuine Christianity. But what I am suggesting is that biblical pastoral responsibilities demand that church leaders soberly shepherd, protect, and inspect the fruit of those who have a high public profile and identify with the Lord Jesus Christ. The tragedy of failing to do this is three fold:

First, if a celebrity walks the aisle, signs the card, and repeats the prayer; it does not mean that they need to deliver next weeks sermon. Give them space and obscurity to meditate on God's Word, grow in the grace and knowledge of the Lord Jesus Christ, and demonstrate the authenticity of their faith within the setting of the local church. I cannot describe the anguish of sitting through wildly promoted Christian events with a major celebrity drawcard only to see him arrive on stage, receive the adulation of the masses, give some sort of motivational speech, never mention Jesus Christ, exit the stage, collect his check, and then jump in his car and drive home hours before the event even finishes. This is just straight-up shameful on the part of those who arrange and organize these events.

Secondly, this practice sets up impressionable church goers for disappointment and diverts their attention away from the sole Hero of the universe.

, and appear at major Christian events (to draw a crowd)

Posted by Cameron Buettel No comments:

The Bible Is Inspired - What Does This Mean?

When evangelical Christians speak of the Bible as “inspired” they are referring to the unique nature of authorship for all 66 books of the Bible. The key verse referring to this reality is found in Peter’s second Epistle where he describes the production of Holy Scripture as something never “produced by the will of man”, but rather came into written form as “men spoke from God as they were carried along by the Holy Spirit” (2 Peter 1:21) . 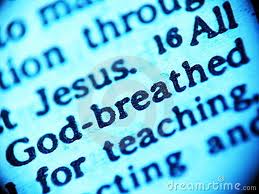 This is the phenomenon the Apostle Paul is referring to when he says that “all Scripture is breathed out by God” (2 Timothy 3:16). This uniqueness is often described as “dual authorship”. In one sense, all Scripture is written by God. It is also true that each biblical book is authored by the human writer ascribed to it. For example, the Apostle Paul wrote his Epistle to the Romans under the inspiration of the Holy Spirit. Wayne Grudem describes the concurrent truths of dual authorship when he says:

God’s providential oversight and direction of the life of each author was such that their personalities, their backgrounds and training, their abilities to evaluate events in the world around them, their access to historical data, their judgment with regard to the accuracy of information, and their individual circumstances when they wrote, were all exactly what God wanted them to be, so that when they actually came to the point of putting pen to paper, the words were fully their own words but also fully the words that God wanted them to write, words that God would claim as his own (Wayne Grudem, Systematic Theology p81).

The Bible stands alone as unique among all literature because it is ultimately and entirely authored by Almighty God and this is what is meant when Christians refer to all Scripture as “inspired”.
Posted by Cameron Buettel No comments:

When We Make Enemies With Our Mission Field

I recently discussed the Gay agenda's intolerance of traditional marriage as displayed in the venting of their wrath over Dan Cathy's, president of Chick Fil A, public support of traditional marriage. While gay activists and liberal mayors boycotted and banned Chick Fil A stores in their area, an even greater number of Christians turned out in droves to support Chick Fil A by purchasing and eating their delicious chicken sandwiches and waffle fries. It was great to see the "silent majority" turn out in support of biblical truth and God honoring businessmen. I was only too happy to take part in the "buycott" especially considering my fondness for their "spicy chicken deluxe". As Christians take part in this honorable activity it is always helpful to take a deep breath, step back, and consider our part in the bigger story of God's redemptive plan. The ditch we need to be wary of in this climate of boycotts and "buycotts" is that we do not turn our mission field into the enemy!

If our zeal for biblical morality trumps our evangelistic zeal then we are in big trouble. In the Old Testament God continually reminded the Israelites that they should remember that they were once strangers in Egypt. We Christians should humble ourselves in the memory that we were once strangers from God and that our redemption had nothing to do with our own merit (because we have none) but by God's grace so that we could never boast in anything but the cross of our risen Saviour. Paul reminds us of this truth in his letter to the Ephesians:

And you were dead in the trespasses and sins in which you once walked, following the course of this world, following the prince of the power of the air, the spirit that is now at work in the sons of disobedience; among whom we all once lived in the passions of our flesh, carrying out the desires of the body and the mind, and were by nature children of wrath, like the rest of mankind. But God, being rich in mercy, because of the great love with which he loved us, even when we were dead in our trespasses, made us alive together with Christ; by grace you have been saved; and raised us up with him and seated us with him in the heavenly places in Christ Jesus, so that in the coming ages he might show the immeasurable riches of his grace in kindness toward us in Christ Jesus. For by grace you have been saved through faith. And this is not your own doing; it is the gift of God, not a result of works, so that no one may boast. (Ephesians 2:1-9 emphasis mine)

Even darker clouds are gathering all over the world right now as the cup of God’s wrath fills up against a wicked generation. Most of these people have been busy pursuing pleasure and material gain never realizing that God continually delays His wrath, giving them time to repent. Well, God’s cup of wrath is filling up further every day and it is only a matter of time before it overflows with His righteous judgment on a world bound for Hell. Next time you munch on a Chick Fil A sandwich and gaze out the window at those deluded protestors outside in their overtly sinful lifestyle - remember such were we before God redeemed us by His own blood. As the clock counts down to Armageddon are you going to continue watching? Are you going to believe the evil lie of modern preachers who say “preach the Gospel, if necessary use words” (which is like saying “wash always, if necessary use water”)? Or are you going to use that voice that God gave you?

Stop for a moment and listen. Can you hear it? Do you hear it? It is the sound of thousands of church goers saying absolutely nothing about the glorious and once for all delivered Gospel. Please don't let your zeal for righteousness transform your mission field into a battlefield. There are only two times we should proclaim the Gospel to lost sinners - in season and out of season! Is not our wonderful Savior worthy to receive more glory by saving wicked sinners other than yourself?

Whatever you do, don’t do nothing. Talk to people, be friendly regardless of how they speak to us, always remembering that we too were once slaves in Egypt. We need to ask ourselves the question as to whether our evangelism is informed by culture or Scripture? We, as Christians, are all meant to be a part of a culture, but it isn’t American or Republican. As the author of Hebrews made clear we are meant to be strangers in a strange land longing for a city who’s builder and maker is God.

For people who speak thus make it clear that they are seeking a homeland. If they had been thinking of that land from which they had gone out, they would have had opportunity to return. But as it is, they desire a better country, that is, a heavenly one. Therefore God is not ashamed to be called their God, for he has prepared for them a city. (Hebrews 11:14-16)

And here is the exciting part! Our heavenly homeland will surpass and vastly exceed the temporal glory of our local Chick Fil A franchise. Should we not inform strangers and aliens of this fact along the way? And guess what, it can even be done while holding a chicken sandwich!
Posted by Cameron Buettel No comments:

Are you ready for judgment day?

What Do I Believe?